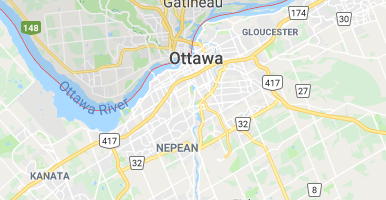 Drug abuse isn’t wrongly perceived to be an inner-city problem.

That’s where Ottawa’s drug culture is most visible — it’s the natural home of supervised injection sites. Yet risky behaviour, especially opioid use, is trending in Kanata and other well-off neighbourhoods.

News recently of the suspected death by overdose of 18-year-old Cole Nicholls, who is from the city’s rural west end, underscored the fact that the opioid crisis knows no boundaries.

A run of opioid overdoses in Kanata in 2017, some deadly, brought fresh scrutiny to addiction issues and services in Ottawa’s suburbs.

As a result, numerous initiatives have been undertaken in the city’s outskirts, including addiction counsellors from Rideauwood Addiction taking turns staffing satellite services at the Eastern Ottawa Resource Centre in Gloucester and the Western Ottawa Community Resource Centre in Kanata. The counsellors and a visiting nurse practitioner from Montfort Renaissance are available several hours per week. Rideauwood is based on Parkdale Avenue on Ottawa’s west side.

The four doctors — two emergency physicians and two anesthesiologists — report that business has been brisk.

Acharya, an anesthesiologist, says the clinic sees 20 to 25 patients per day, and expects the numbers to grow.

“It’s only been open two months and is already humming along,” Acharya said.

Shouldice, an emergency room physician, says that on her first clinic day six weeks ago, she did not see a single patient. Last Wednesday alone, she treated 22 people.

“The volume of patients over such a short period of time is staggering,” Shouldice said.

Police Sgt. Maria Keen, for one, is thrilled to see support for drug care blossoming. With 26 years on the force, Keen has been part of the west end community safety services for the past four years.

“They always seem to forget about the suburbs,” Keen says. “People think the problem is only in the downtown core.” In sheer numbers, the core is well represented.

From April 1, 2016 to March 31, 2018 Ottawa police were called to more than 300 accidental overdoses (NOT exclusively opioids), two-thirds of them in the city centre. There were 76 calls to the west end, 53 to the east. Many accidental ODs don’t get reported to police.

For opioid treatment, the Bells Corners facility is open Monday-Friday and has several full-time staff, including an addiction nurse and an addiction counsellor. The four doctors divide the load (spending one full day each at the clinic, and they share the fifth day). Privacy is a priority. Waiting rooms have a doctor’s office feel. All services are covered by OHIP.

There is a rapid assessment clinic as well as a substitution therapy clinic. Patients can walk in, or book an appointment.

There is no single profile of an opioid user.

“It’s invisible in a lot of cases,” Shouldice said.

The doctors see teens with addiction issues but also more and more adults.

The power and addictive nature of opioids such as fentanyl and parafluorofentanyl are in “another league,” Acharya said.

Having spent more than five years working at the other Ottawa Recovery clinic, on Selkirk Street in Vanier, Acharya can attest that the new clinic treats only a fraction of the number of people seeking help downtown, where there are as many as four doctors working at any one time compared with one at Bells Corners.

“I have very little doubt that at some point in the next few months, our clinic will approach that level of busyness,” Acharya said.

Marion Wright, executive director of Rideauwood, said that having staff work out of the resource centres in Kanata and Gloucester addressed a need, and stemmed from additional funding for opioid treatment. The services offer guidance to parents as well as youth support for children as young as 12.

“We got our fund source to reach deep and get to that cohort — 12 and up was what we wanted,” Wright says.

“It’s not a walk-in clinic but services are available in evenings and afternoons several times per week,” Wright adds.

There are also Rideauwood counsellors involved in the Vanier “social pediatric club” for youth up to age 17. The facility gets care from a CHEO doctor and a nurse practitioner, as well as staff from the Crossroads mental health centre and the Youth Services Bureau.

For the most part, a multi-layered resource team is getting help to where it’s needed. The Recovery Clinic at Bells Corners functions on that concept.

Doctors recognized there were barriers to suburban patients getting treatment downtown, not the least of which was the challenge in commuting, either by car or transit. There’s also the simple truth that some people were uncomfortable going downtown for treatment.

“Anything we can do to bring care closer to people, the better it is for them,” Acharya said.

According to data from Ottawa Public Health, the overall trend is upward as far as drug overdose cases at local hospitals. In the first three months of 2018, there were 333 reported visits to hospitals for suspected drug overdoses. At Montfort Hospital east of Vanier, opioid-related visits to emergency more than doubled from 2016 to 2017 — from 66 cases to 136. Queensway Carleton showed a modest increase from 63 to 75 cases. CHEO’s numbers jumped from 51 to 94.

Between 2013 and 2017, the total number of opioid related emergency visits to five area hospitals nearly doubled from 211 to 401.

Wright says the drug users in the inner city tend to be marginalized, often with mental health and housing issues and will most any drug available, including injections. Suburban drug users tend to smoke bongs or ingest pills.

“You don’t find youth injecting in the suburbs,” Wright says.

Experts don’t believe the opioid crisis is going away any time soon. Drugs are readily available and often inexpensive.

The two main trouble areas — youths dabbling in drugs not knowing there is fentanyl in them (or not knowing how much); and youth and adults getting hooked on opioid pain medication.

According to front line workers, many people with addictions have complicating issues involving physical and mental limitations, requiring a far-reaching, long-term approach.

“On a broad, 10,000-foot view of the battle field against opioids, there are multiple battles being fought in multiple arenas,” Acharya says.

“It will take a lot more sustained effort on many fronts to get us there.”

Meanwhile, naloxone kits continue to say lives. Keen witnessed a fellow officer bring a teenaged male back to life. The visual was stunning.

“This kid had flatlined, and suddenly he pops up,” Keen says. “It’s like on Halloween when a vampire pops out of a coffin. We jumped back … the kid was alert, and starts saying, ‘What happened? What’s going on?’”

During COVID-19, Rideauwood has partnered with other agencies through CounsellingConnect to help youth, young adults and adults who are dealing with substance use issues, or other problematic behaviour such as gambling and gaming or supporting a friend/family member who is. If you are interested in a single session to explore these issues, help is just a click away.